JAKE AND THE NEVERLAND PIRATES: BATTLE FOR THE BOOK as it arrives on Disney DVD January 6th! 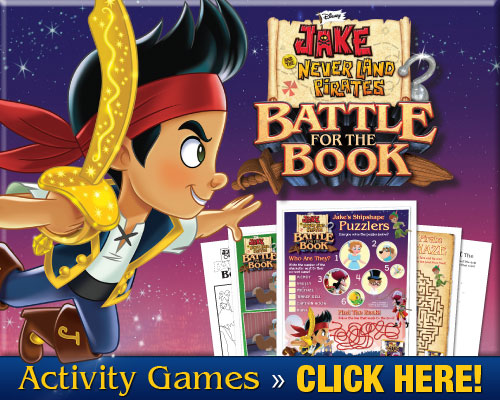 You saw it on Television , Now own the DVD coming out December 16th and keep the magic for home viewing .
Peter Pan Live will be available on DVD December 16th! Experience Neverland with Christoper Walken and Allison Williams! The DVD includes “the making of”.

BRING IT HOME FOR THE HOLIDAYS ON DVD ON DEC. 16, 2014
FROM UNIVERSAL PICTURES HOME ENTERTAINMENT

It is such a beautiful day here in Spring Hill, Florida started off foggy but now the sun is out and birds are chirping and it is a beautiful blue sky, The kidlets are excited that the Christmas Tree is up and finally decorated, Now it is time to work on decorating the outside of the house, but first we need to get the leaves out of the gutter and rake the yard, Can’t have leaves distracting from the decorations now can we, nope !. Well I wish you all a blessed Wednesday so grab your Coffee, Tea , or Hot Cocoa and seize the day ~ Laura

Here is a great heart warming video to watch, I wish that all shelter pets had a good furever home to go to. [youtube https://www.youtube.com/watch?v=mqyikTegYww&w=560&h=315]

On December 9th, Chuggington: Snow Rescue is traveling home to DVD from Anchor Bay Entertainment and Ludorum! This all new winter collection is a must-have for your little conductor this holiday season!

The Boxtrolls are coming to DVD and Blu-ray on January 20, 2015! And if you can’t wait until then, you can catch the fantastic film on Digital HD December 23rd! Box art coming soon!

To view the trailer visit: http://ushe.biz/BTtrailer

FROM THE CREATORS OF ACADEMY AWARD®-NOMINATED FILMS CORALINE AND PARANORMAN COMES THE MAGICALLY ANIMATED MOVIE EVENT OF THE SEASON!
THE BOXTROLLS

AND ON BLU-RAY™ COMBO PACK AND DVD JANUARY 20, 2015 FROM UNIVERSAL PICTURES HOME ENTERTAINMENT

Universal City, California, November 18, 2014 – Heroes come in all shapes and sizes in the family event movie The Boxtrolls. Starring, in voice performance, Academy Award winner Ben Kingsley, Isaac Hempstead Wright (Game of Thrones), and Elle Fanning (Maleficent), the new movie from animation studio LAIKA, the makers of the Academy Award®-nominated Coraline and ParaNorman, comes to Blu-ray™ 3D and Blu-ray™ Combo Pack including Blu-ray, DVD & DIGITAL HD with UltraViolet on January 20, 2015 from Universal Pictures Home Entertainment. The Boxtrolls will also be available on Digital HD December 23, 2014, just in time for the holidays.

Quirky, mischievous and good-hearted, the Boxtrolls are unique creatures who have lovingly raised a human boy named Eggs in a fantastical charming cavern below the bustling streets of Cheesebridge. But when the evil Archibald Snatcher schemes to capture Eggs’ family, it’s up to Eggs and his feisty new friend Winnie to save the Boxtrolls!

To view the trailer visit: http://ushe.biz/BTtrailer.

The Blu-ray™ Combo Pack and Blu-ray™ 3D Combo Pack include a Blu-ray™, DVD and Digital HD with UltraViolet™.
• Blu-ray™ unleashes the power of your HDTV and is the best way to watch movies at home, featuring 6x the picture resolution of DVD, exclusive extras and theater-quality surround sound.
• DVD offers the flexibility and convenience of playing movies in more places, both at home and away.
• DIGITAL HD with UltraViolet™ lets you watch movies anywhere, on any device. Users can instantly stream or download movies to watch on iPad®, iPhone®, Android™, smart TVs, connected Blu-ray™ players, game consoles and more.

Bonus Features on Blu-ray™ Combo Pack, Blu-ray 3D™ Combo Pack and DVD
• DARE TO BE SQUARE: BEHIND THE SCENES OF THE BOXTROLLS
o VOICING THE BOXTROLLS
The tremendously talented cast members of The Boxtrolls discuss what it’s like to voice an animated puppet, what each actor brought to his/her role, whether their personalities were similar to their characters, and more.
o INSIDE THE BOX
The directors, producers, and creative supervisor of character fabrication Georgina Hayns share the challenges of crafting characters who are inside a box.
o THE BIG CHEESE: ALLERGY SNATCHER
The directors and producers are joined by Brian McLean, director of Rapid Prototyping, to discuss how the animation studio LAIKA creates the faces for their puppets. The big story here – literally! – is how Snatcher’s face changes shape due to his cheese allergy.
o DECONSTRUCTING THE DANCE
Discover how LAIKA combined traditional stop-motion animation with visual effects in order to create the beautiful ballroom dance sequence – and how costume designer Deborah Cook met the challenge of creating costumes that could flow during a dance scene.
o THINK BIG: THE MECHA DRILL
Standing 5 feet tall and weighing over 75 pounds, the Mecha-Drill is the largest stop motion puppet/prop ever created by LAIKA. Follow its creation from design to completion.

Marvel’s Guardians of the Galaxy is available today on Digital HD and for you to take anywhere when you sign up for Disney Movies Anywhere. To celebrate the release, you can watch a video featuring Groot’s famous catchphrase in multiple languages across the galaxy!

Today also marks Walmart’s VUDU service joining Disney Movies Anywhere (DMA) as a participating retailer, further enhancing the ability to manage and enjoy your digital collections of Disney, Pixar, and Marvel movies at home and on the go.

Disney Movies Anywhere (DMA) is an engaging and family-friendly cloud-based digital movie service that makes it simple to buy your favorite Disney, Pixar and Marvel movies once and watch them anywhere. With DMA you can explore Disney’s library of over 400 eligible digital movies, discover hours of new and exclusive short-form content, and watch your digital movies from the comfort of the living room or across multiple mobile devices. In addition, you can redeem Digital Copy codes found in Disney, Pixar and Marvel Blu-rays and DVDs, as well as earn Disney Movie Rewards points with every digital purchase.